What I learned teaching game design

What if I drew a blank?

If I didn’t have the answer to a question?

I know about game design, but it’s impossible to know everything.

Was I going to feel like an imposter (read a bit more about this feeling here)?

Three months ago, I started teaching game design and development at Laurier University. But it wasn’t just tabletop game design, the program deals with all types of digital and analog games. Everything from mobile games to AAA console games to live-action role-playing to modern card and board games.

I knew that I didn’t know everything, but I didn’t necessarily think of this as a bad thing. I knew that it would also give me a lot of learning opportunities, which I crave.

The program really has a focus on making games for change. It delves into meaningful games and gamification. It gets students thinking not only in terms of games as fun and entertainment, but also about making games that will change the world. 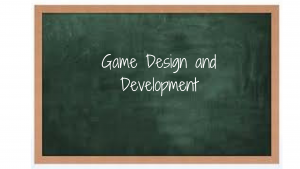 The semester is just ending and I found myself reflecting on what I had learned over the past three months. I learned about and played games that I never knew existed. I was introduced to many games that really make you think. My thinking changed a lot.

I played games like Depression Quest, The Stanley Parable, and Journey.

I read about and was inspired by, the work of Brenda Romero. She’s created games about the Holocaust, slavery, and other touchy subjects, proving that games don’t have to be all about bringing joy, they can also teach you some valuable lessons.

I’ve been inspired by many of these games and have been working with a number of teachers to design meaningful games for the classroom. Some of my early classroom games focused on math, the roles of community helpers, and other similar topics. I’m now working on game ideas to help students understand the consequences of bullying, racism, and the imbalance of trade between First Nations and early European explorers.

These latter games won’t be considered “fun” and they aren’t meant to be. What they will do is place students in other people’s shoes and help them to understand the reality of these situations. Instead of listening to a lecture, they will play an actual part in the discussion and will be able to empathize as well as learn effective strategies to deal with these situations when they arise.

I’m still going to create entertaining and engaging games, but some of my focus will be on these meaningful games that will change the world in a positive way.

And you know what?

I may not have had the answer to every single question from the students, but it didn’t matter. I had a lot of experience that I brought with me and I heard from the students that they found the class very engaging. I always made the lectures interactive and I introduced the students to a lot of games they wouldn’t have otherwise known about.

But it wasn’t just the students who gained from this. I also learned a lot.

I’m definitely a better game designer as a result.

I’m also definitely a better teacher as a result.

I always had the idea of being a teacher in the back of my mind. I’ve definitely coached and mentored a lot of coworkers and team members over the years, and I’m always eager to share my knowledge of game design and game industry with others.

I was talking to a friend the other night. He has a game he’s been working on for a while now, but he’s not sure what to do next. He’s debated pitching to publishers, running a Kickstarter, or trying to get directly into distribution.

We had a good chat and I helped him figure out what direction would work best for him. It’s definitely not a one-size-fits-all model. Some people are happy about creating a game and handing it over to someone else, while others want to maintain more control or try a different approach. What’s best for one person is not necessarily the best for another.

Take advantage of learning opportunities that show up on your doorstep. Use your knowledge and experience to help others just getting started. You don’t have to be an expert to help some, you just need to have more experience than them and be willing to help.

I’m going to be working on some new ways to help you and other designers like you who are struggling to come up with new ideas, turn ideas into something playable, make your game amazing, and figure out if pitching or self-publishing is right for you.

I’ll be sharing more about this in the near future. Until then, I’d love to know…

What learning experience has helped make you a better game designer?