The world of board games is a competitive space. There are literally thousands of new games being introduced each year, which are also competing with the tens of thousands of games already in existence.

So how do you make sure that your game gets seen in such a crowded space?

You need to make sure there’s something unique about your game.

If you’re working on a deck builder, add to it something truly unique to make it different from all the others.

People don’t want to buy a game that’s just like another game out there with a slightly different theme or better art. Your game has to be compelling.

But it’s not necessarily about creating something completely out there that no one’s ever seen before. If you deviate completely from the familiar, your game may be too obscure for most people.

You want to find a good balance between something existing, something familiar, and something new.

In my game design and development class, we recently played Jenga, which we followed up by playing Junk Art. I reflected that Jenga made use of building blocks, similar to those that children would play with. Junk Art then took it one further step by including different shapes and colours, along with a multitude of ways to play the game. 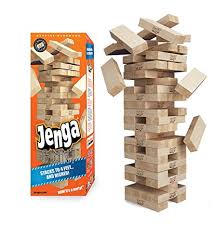 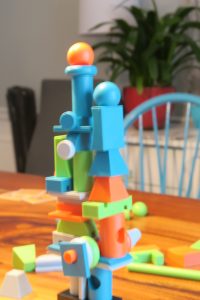 These games have both been very successful, by innovating on existing ideas and making them into something fresh and new.

You want to make sure that your game isn’t just like every other one out there, perhaps with a new theme slapped on.

For example, I’m working with another designer on a worker placement game with some interesting twists. Now, I’ll preface this by saying worker replacement isn’t my favorite mechanic, but maybe I just haven’t found the right game for me. That could also be why we’ve thrown in some new twists. We’ve introduced the idea that the day is in phases that pass over time, and that you can only complete certain actions at different times of the day or night. As well, rather than directly claiming victory points for accomplishments, players have the choice of who they want to sell artifacts to, each with their own rewards and possible consequences.

You’ve got to make your game different. It could be through a really interesting unexplored theme, an innovative mechanic, unique components, or some combination of these.

Also, it really helps if your game has good table presence. In other words, something compelling about it that makes people stop when they see it and either want to learn more or play it right then and there.

I’ll write an upcoming article all about table presence in the near future.

In the meantime, what’s an interesting twist that you’ve added to your game to make it really stand out? What’s unique about it that will have publishers and gamers lining up to get a hold of it?